Scanning your PPE with RFID or NFC promises to dramatically improve your equipment handling times. In this article we’ll explain some of the basics of Radio Frequency IDentification (RFID). We’ll discuss the different flavors of RFID, and of course how it can help you manage your PPE inventory even more efficiently!

Read on to dive into the technical side of RFID. Or if you just want to know which one is right for you jump to the comparison between RFID and NFC. 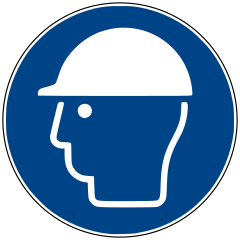 Basics of RFID and NFC

All RFID and NFC solutions are simply a small chip which can be read by a scanner or even your mobile phone. By adding this chip to a piece of equipment you can easily and uniquely identify this item. Combine this low-cost identification with a PPE management platform such as Syndustry Equipment and you’ll never have to manually type serial numbers again!

But what does RFID stand for and how does NFC fit in? We’ll describe these terms and how they relate to each other below:

RFID is the catch-all term for any identification technique based on radio waves. NFC is actually a type of RFID. However it is important to note that RFID is commonly used to specifically mean UHF identification, where NFC implies HF identification.

What’s the difference between RFID and NFC?

So RFID commonly implies UHF (Ultra High Frequency), and NFC implies HF (High Frequency). These differ in frequency and wavelength, and this comes with important consequences.

UHF offers, like the name says, radio identification with a Ultra High Frequency. Using UHF offers some specific benefits and drawbacks of RFID:

NFC stands for Near Field Communication and is a type of RFID. NFC uses High Frequency radio waves. The HF waves are longer than its UHF counterpart. The difference in frequency affects the specific benefits and drawbacks of NFC:

RFID and NFC for PPE

What will I use RFID/NFC for? What is the reason you need to uniquely identify a piece of equipment? If it’s only for a yearly inspection for instance, NFC might be a good fit. If you handle equipment in high volumes, such as (de)mobilisation you might want to consider RFID.

RFID offers better performance for inventory management in terms of read range, and allows you to quickly scan multiple items. This comes at a price because the chips and scanners working with UHF RFID are more expensive than NFC, but it might easily pay for itself in the long run.

What is your budget? Of course money is important, here’s a few things to consider when comparing NFC and RFID:

So there’s the initial cost of the scanners and chips to consider. But don’t forget about the time it takes to attach the chips to the items themselves. This can be time consuming, but luckily a growing number of manufacturers are offering their PPE with RFID or NFC straight from the factory.

Also take into account the potential long term benefits and savings. In the long run you can save hundreds of hours of handling equipment, depending on your inventory workload.

It used to be NFC was not able to work properly in or on small items, but that’s no longer the case as there are on-metal NFC stickers now available. Since there’s no longer a difference between where a chip can be used, we’ll focus on the comparison for what the two techniques have to offer you in terms of PPE management.

Simply put, RFID beats NFC in heavy duty inventory management. If you have a lot of equipment and a lot of movements, you’ll probably want to invest in RFID. However if you operate a small inventory and are on a tight budget, NFC can bring most of the benefits at a lower cost. Here’s the main comparison between UFH RIFD and NFC for PPE inventory management:

Most manufacturers of PPE currently seem to prefer UHF RFID over NFC. This could mean you’ll end up tagging equipment with NFC yourself that’s already been tagged with a RFID chip. So keep in mind total cost of operations, total cost of ownership and your expected hours saved.

Want to increase the effectiveness of your RFID solution even further? Sign up for a free account with Syndustry Equipment, and see what features can be unlocked by integrating RFID with an advanced PPE management system.

Implementing an identification technique can hugely improve handling and proper registration of items. Though the cost of chip-based solutions such as RFID and NFC is falling, the most cost-effective way of identifying equipment can be found in hybrid solutions. However, more and more manufacturers are adding RFID/NFC-chips to their PPE, further reducing the costs incurred by having to manually apply a chip yourself.

Scanning techniques can help you reduce handling time drastically, coupled with a PPE management platform such as Syndustry Equipment your

Ready to learn how to get the most out of RFID and NFC? Get started with Syndustry Equipment. 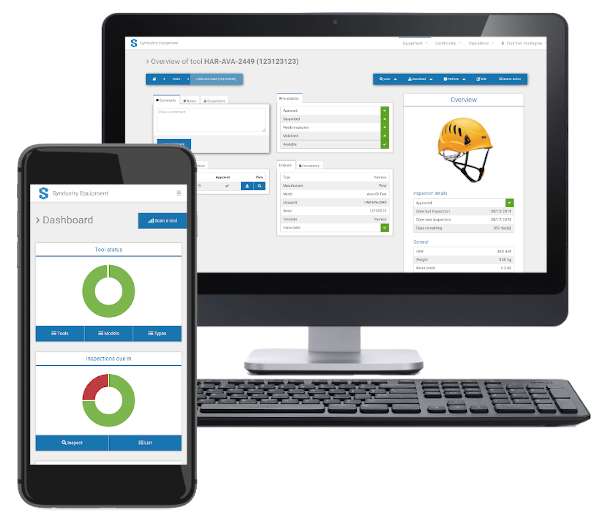 Sign up and upgrade your PPE inventory in minutes!
Feel free to contact us if you have any questions.

Syndustry has saved about 80% of our time inspecting our equipment. Syndustry offers the complete solution.

With Syndustry we have complete control over our equipment and we can be certain of its safety record.

Syndustry saves me 30% on managing equipment and inspections and was praised during our GWO audit.